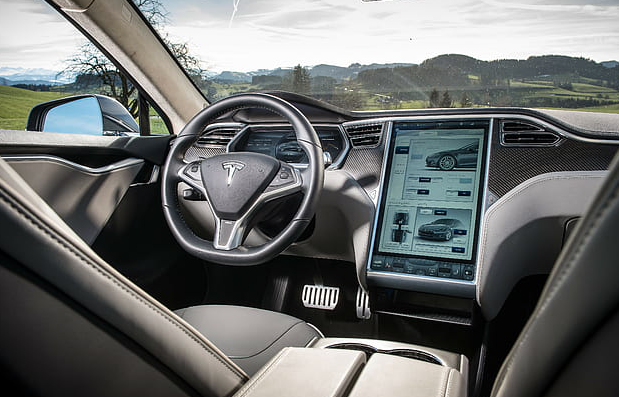 When it comes to deciding whether or not to buy an electric car, as opposed to one powered by a conventional internal combustion engine, the issue of range is often quoted as being the one factor that still makes potential buyers reluctant; quite simply, motorists worry that their vehicle will run out of power before they get to any particular destination; either that or the inconvenience of charging their car frequently will be too much of a drawback. For this reason, manufacturers are working all the time to ensure that range is less of an issue, so much so that today’s EV models have much longer ranges than the early models. Here we carry out a useful electric car range comparison.

How test figures are calculated

When comparing car ranges on a full charge, it can be confusing trying to decipher the different statistics which manufacturers and reviewers quote. There are a couple of acronyms to get used to, as well as the phrase “real world;” this hardly inspires confidence in test results and adds to uncertainty when looking for a useful electric car range comparison; this is bound to be especially true for those looking to buy an electric car for the first time.

The letters WLTP are those used by manufacturers next to their cars’ range figures and will be a feature of the electric car range UK buyers can compare. This stands for Worldwide Harmonized Light Vehicle Test Procedure, and as such, is itself a successor to the often seen acronym NEDC (New European Driving Cycle). Both are descriptions of laboratory tests; however, the NEDC was abandoned because its range figures were almost impossible to achieve on the road.

The WLTP standards incorporate data from different climates and countries and the type/condition of the road and gear shift differences. In this respect, WLTP is much more realistic than NEDC for comparisons, but “real world” figures given by reviewers are the most reliable; these are the result of people actually driving the vehicles in different conditions, from traffic jams to open roads. 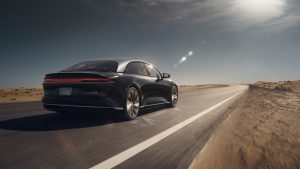 The old saying that you get what you pay for certainly applies to the longest range electric cars. After all, the technology being used to improve them is only exists due to the mountains of cash spent by manufacturers on research and development. At the top of this list is Tesla, with the eagerly awaited Tesla Roadster. This blows the competition away with a huge 620 miles WLTP, which translates to around 600 “real world” miles, all on a single charge. The car also has a top speed of 250 mph, which is a testament to how far the industry has advanced in recent years. However, at £185,000, the Roadster won’t occupy many “real world “drivers’ garages.

The next best electric car range UK motorists might see is the Tesla Model S Long Range on a slightly more realistic level.

Here, the market leader and tech pioneer have produced a more saleable version of the Roadster, the Model S, with an on the road price of £78,050. This is still very much in the “luxury” car bracket, but without the high level of emissions, many luxury cars produce. This vehicle has a range of 375 miles advertised, which translates to around 325 miles in the real world.

Third, on the best range, electric cars belong to Volkswagen with the Volkswagen ID.3 Long Range. Although not on sale until Autumn 2020, the ID.3 has some very promising selling points for the serious electric car driver. The car will come with three battery options, the longest range version delivering a real-world range of 295 miles on a single charge (340 miles WLTP). Not only that, compared to Tesla cars, but this VW is also much more affordable with the expected on the road price of £37,000. 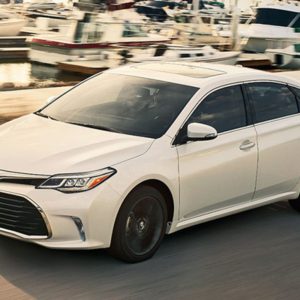 There is, of course, a balancing act required to produce the most efficient electric cars while keeping prices affordable for the average aspiring electric car owner. Tesla’s best attempt at this comes in at number four on the list of longest range electric cars with its Model 3 Long Range. It is delivering a WLTP figure of 340 miles on a single charge, translating to a real-world range of 295 miles, the same as the VW ID.3. However, due to its higher purchase price of £46,340, we have ranked it number 4 on the list.

Fifth on our list comes from Volvo’s sister company, Polestar. The Polestar 2 is due to go to the market in 2021 and is a fully electric version of the company’s Polestar 1 hybrid vehicle. The “2” will be a five-door, hatchback cross saloon design that is set to compete squarely with Tesla’s Model 3. With a range of 310 miles WLTP and a real-world range of 280 miles. It comes in slightly more expensive than the model 3 with a price of £49,000, Volvo’s Polestar brand may have to rely on the parent company’s superb reputation in the nonelectric car world, but it shows that Volvo is taking electric cars seriously.

Coming in at number six in the electric car range UK drivers should look out for is a long-range Skoda; the Skoda Vision IV is a four-door, crossover coupe with an advertised WLTP range of 310 miles, or 275 miles in the real world. These figures are right up there with the Tesla Model 3 and the Polestar 2. What sets this Skoda apart from these two, however, is its price. Although not currently available, the Vision IV is expected to retail for around the   £30,000 mark. The Skoda Vison IV will be produced on the same platform as VW’s ID models and will be available at a much lower price; it should prove to be very attractive to many aspiring long-range drivers looking for an electric car.

A word on charging times 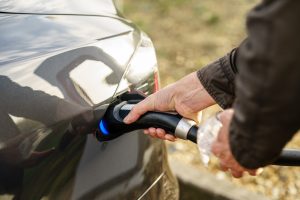 Another factor in choosing electric cars is how long it takes to charge. Particularly at home as this can be slow depending upon the electricity supply at the property and the size of the battery in question. This will also impact the cost of charging the vehicle but will be negligible compared to a petrol or diesel motor for the same mileage.  As a rule of thumb, the longer the range, the longer the charging time, although this is by no means set in stone.

Electric vehicles can also be charged with a “rapid charge” time that is quoted by many manufactures. This charge time will be in the range of minutes rather than hours. A rapid charge will usually take a battery from 20% to 80% capacity, which is enough to ensure the vehicle is capable of an extra 60 to 200 miles.

Let’s take the top of the range of Tesla Roadster as an example. It has a slow home charging time of 32 hours, which would give the battery the full 600-mile range. However, when out and about, the Tesla supercharger will take the battery from 20% to 80%, delivering a range extension of 360 miles in just 44 minutes.

The company’s 2nd longest-range electric car, the Model S, takes 15 hours to charge at home to 100% capacity and has a rapid charge time 38 mins. They were delivering a range extension of 195 real-world miles.

Find a range and price to suit you 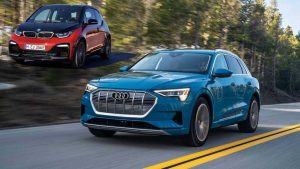 If a long-range is important for you when looking for an electric car, be sure to keep informed by checking out the latest information and statistics. 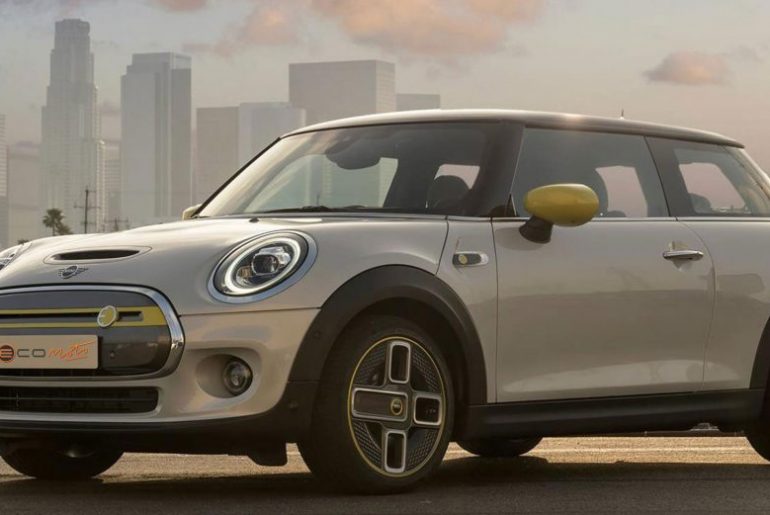 Electric cars are now being taken seriously throughout all market sectors. This will inevitably mean better cars and more affordable prices; the customer is sure to benefit.

END_OF_DOCUMENT_TOKEN_TO_BE_REPLACED 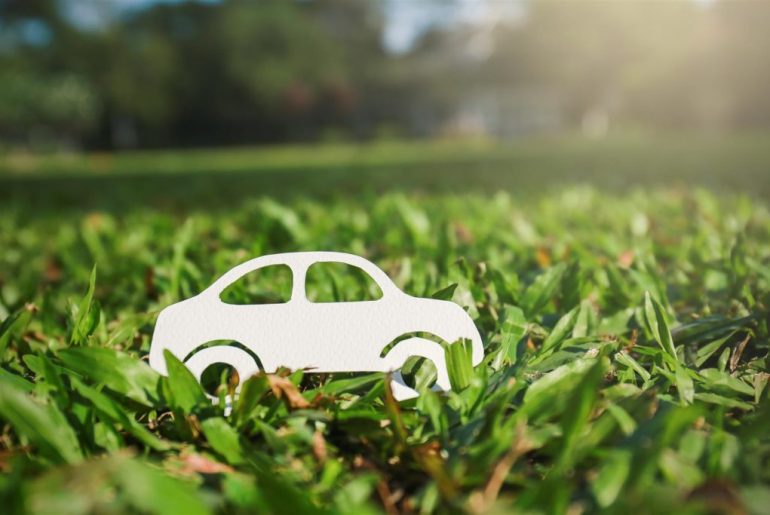 Reasons why electric cars are better